What Makes Make My Dad Cry

May 28, 2015
He cries when a daughter gives a Fathers Day card and when a son sends a birthday card in the mail. They may have talked only last week on the phone but the cards triggered an emotion too complicated to explain. It might have been the way it was put into words; the couple years of strained relationship and the current recovery of that same relationship.

He cries at the oddest times according to other people's observation; it happens when he is asking the blessing on the noon meal. It might be because the kids have all come home and are gathered round the dining room, the grown kids, the grand kids, and the wife. He chokes up during prayer, thinking about and  thanking God for all He has brought them through.

A daughter recounts a story of how her son is growing up. She has noticed the shift of son taking care of mom, instead of the other way around. This makes my dad cry. He may be remembering the care he gave to his mom while she lived. He could be moved by the idea of the grandson showing that kind of respect to his mom.

This same grandson, recently started his first job. The first meal after work, was shared with his grandpa. As his grandpa thanked God for the grandson's opportunity to work, he choked up tight. He explained after, it was the idea of starting that part of life that got to him. It may also have been, laying it before his Heavenly Father gave him the memory of life's struggles. He may have remembered, in a flash, work, responsibility, and striving. If that is what triggered the emotion, that too was laid before his Maker.

I am glad those things make my Dad cry. He's not sweet and sappy in his life or even in words, but if things of the heart make him cry, I say he has a heart for God, a heart of compassion, and a constant one. Keep crying! Dad. 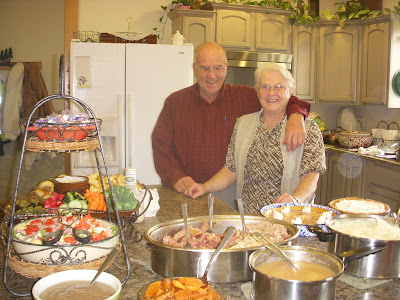