The Great Things People Do 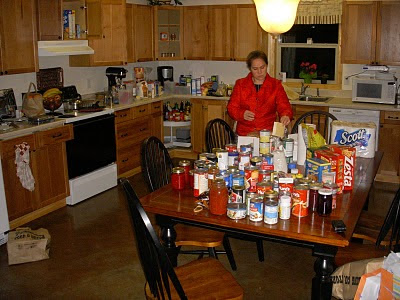 Exactly a year ago, We came home from Chile, South America. Our church gave us a huge grocery shower to help us get started again. The plan was for us to be gone two years at least so we had pretty well gotten rid of everything. I am sure some people even wondered what we were doing back home already but out of the goodness of their hearts they gave us a lot of groceries and a warm welcome home. The back of the Tahoe was full top to bottom. The cupboards and fridge were both full to the max. I've often thought of that kindness this past year. Our church family had the questions I'm sure but instead they gave love and support. I've been thinking of how easy it is to pick at peoples faults and miss the greatness that people show as well. I plan to focus on the love and acceptance that God's people show everywhere daily. 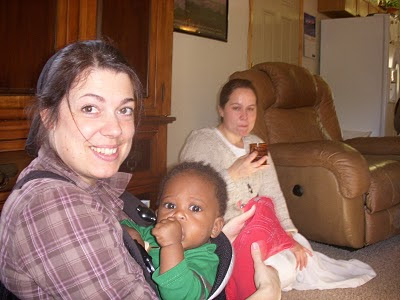 This is Jessie Litteral, one of our pastors wife. She is holding their newly adopted son, Gabriel. He is from Haiti. Josh and Jessie adopted a daughter, Jocelyn, from Haiti about eight years ago. Before the earthquake Josh's had started paperwork on adopting once more from Haiti. They were told that it would take at least two years and a lot more paperwork. Around the same time of the earthquake, the received word that David, the little boy they were interested in ,who was two, was not going to be their own after all. Then the earthquake. Through all that they were able to get Gabriel, six months old. It took a couple false starts and stops to Miami to make the contact but at the end of Feb. Gabriel finally came home to Idaho to the Josh and Jessie Litteral family. I have learned that if you want to adopt you need to be dedicated through all kinds of no answers. Josh's aren't made of money and they go from paycheck to paycheck the same as you or I. But they moved forward in faith to get Gabriel here and continue trusting that God is going to take care of things on this end.